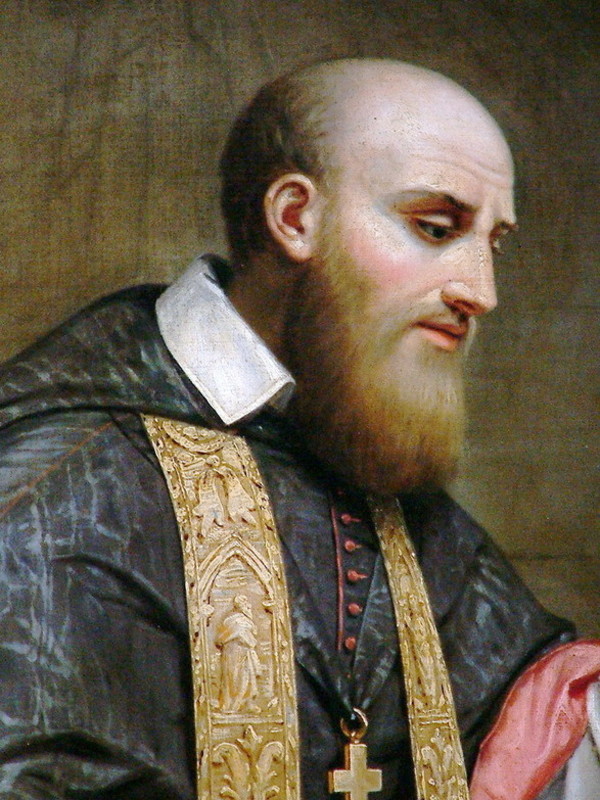 Francis was destined by his father to be a lawyer so that the young man could eventually take his elder’s place as a senator for the province of Savoy in France. For this reason, Francis was sent to Padua to study law and returned home after receiving his doctorate. In due time, Francis told his parents he wished to enter the priesthood.

His father strongly opposed Francis in this, and only after much patient persuasiveness, on the part of the gentle Francis, did his father finally consent. Francis was ordained and elected provost of the Diocese of Geneva, then a center for the Calvinists. Francis set out to convert them, especially in the district of Chablais. By preaching and distributing the little pamphlets he wrote to explain true Catholic doctrine; Francis had remarkable success.

At 35, he became Bishop of Geneva. While administering his diocese, he continued to preach, hear confessions and catechize the children. His gentle character was a great asset in winning souls. He practiced his own axiom, “A spoonful of honey attracts more flies than a barrelful of vinegar.” Besides his two well-known books, the Introduction to the Devout Life and A Treatise on the Love of God, he wrote many pamphlets and carried on a vast correspondence. For his writings, he has been named patron of the Catholic Press. His writings, filled with his characteristic gentle spirit, are addressed to laypeople. He wants to make them understand that they too are called to be saints. As he wrote in The Introduction to the Devout Life: “It is an error, or rather a heresy, to say devotion is incompatible with the life of a soldier, a tradesman, a prince, or a married woman... It has happened that many have lost perfection in the desert who had preserved it in the world.”

In spite of his busy and comparatively short life, he had time to collaborate with another saint, Jane Frances de Chantal, in the work of establishing the Sisters of the Visitation. These women were to practice the virtues exemplified in Mary’s visit to Elizabeth, humility, piety, and mutual charity. At first they engaged in works of mercy for the poor and the sick. Today, while some communities conduct schools, others live a strictly contemplative life.

In this short video, you’ll be introduced to the innovative Missionary, Spiritual Writer, Bishop, Doctor of the Church, and Patron Saint of the Oblates of St. Francis de Sales, a men’s religious order of priests and brothers who serve the Church through “being who they are and being it well in order to give honor the master craftsman whose handiwork they are.” 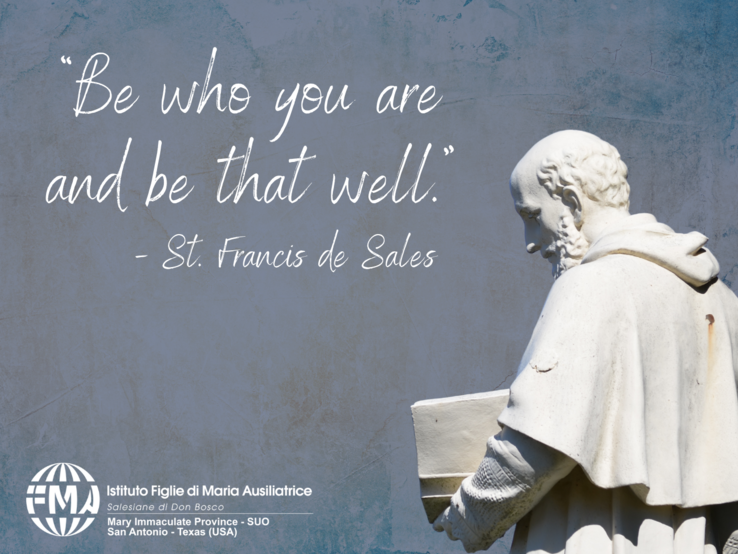 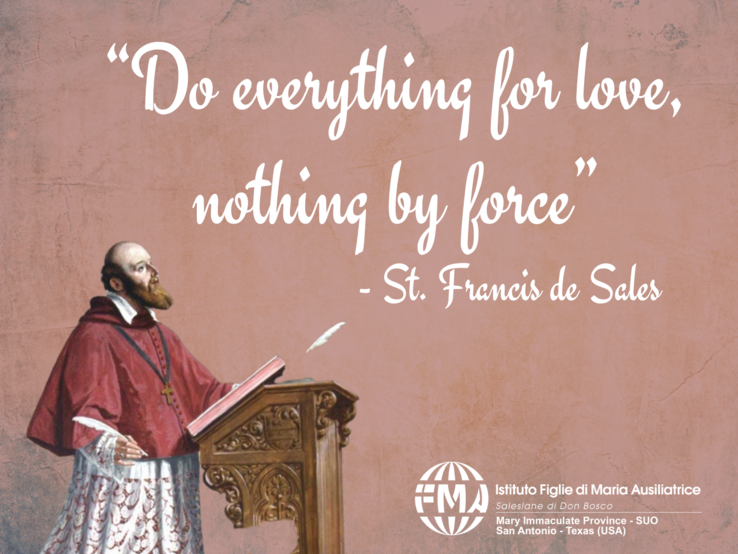 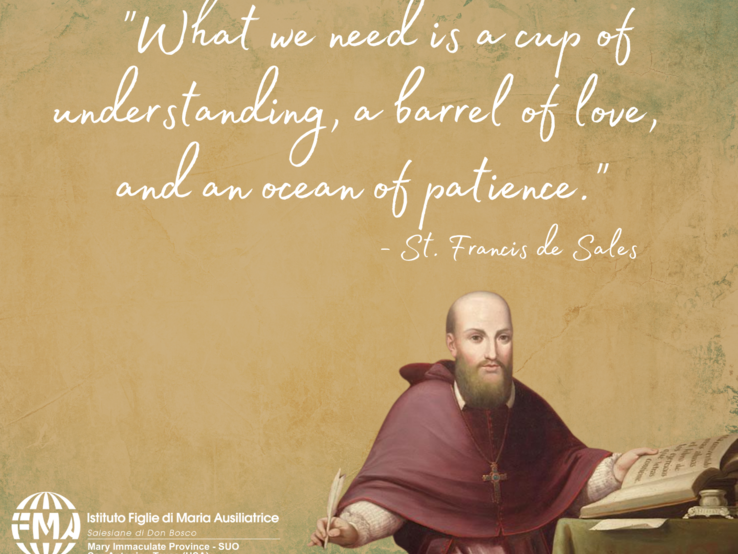 Have patience with all things. But, first of all with yourself.