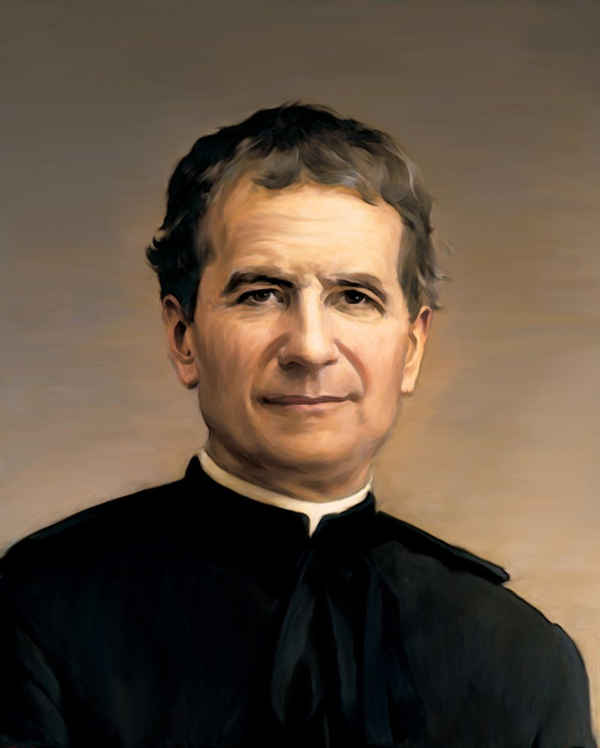 St. John Melchior Bosco is often referred to as Don Bosco - “Don Bosco” means “Father Bosco” in Italian. Don Bosco was a man of bold courage. He was the instrument that God used to found a religious family dedicated not only to helping and educating the young and the disadvantaged but to journey with them towards heaven.

St. John Bosco was born on August 16, 1815, in the small Italian hamlet of Castelnuovo d'Asti, in northern Italy. John had two older brothers, Anthony and Joseph. Their father, Francis, died when John was still a toddler - just two years old. As a child, Johnny watched over his family's sheep.

Don Bosco recounts a dream he had. “When I was about nine years old I had a dream that left a profound impression on me for the rest of my life. I dreamed that I was near my home, in a very large playing field where a crowd of children were having fun. Some were laughing, others were playing and quite a few were cursing. I was so shocked at their language that I jumped into their midst, swinging wildly and shouting at them to stop.”

At that moment a man appeared and said 'You will have to win these friends of yours not with blows, but with gentleness and kindness.

A Lady of majestic appearance came upon the scene and said to me “This is your field, this is where you must work.” John finally became a priest and met Bartholomew Garelli, a local homeless boy, on December 8, 1841. Don Bosco ended up offering Garelli and his friends' food, games, and catechism lessons. Don Bosco's work with the young grew and young men began to gather around and eventually formed the followers of Don Bosco called Salesian Priests and Brothers.

In the Footsteps of Don Bosco in Rome

In the Footsteps of Don Bosco in Rome | EWTN Vaticano

Whatever you do, think of the Glory of God as your main goal.