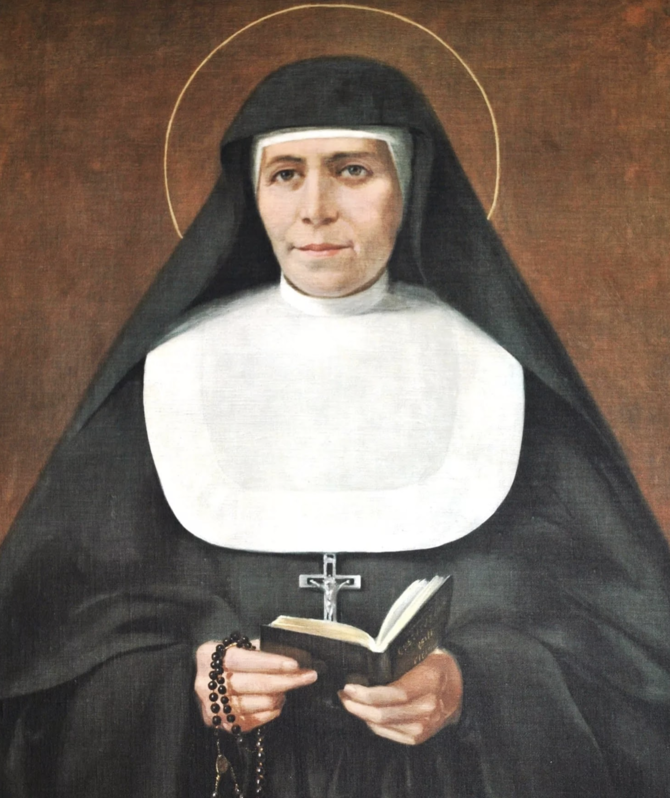 Mary was born in Mornese, a small, hidden town in Northern Italy. Her family was poor and simple, but rich in faith-life and work ethic. Young Mary was known for her cheerful spirit and willingness to help others, but she had a feisty temperament. Controlling it was something she would have to work at all of her life. At fifteen, she joined the Association of the Daughters of Mary Immaculate and began her apostolate among the young people of her village.

When Mary contracted typhus in her early 20’s, her lack of good health strengthened her spiritual life, opening her heart to the mysterious workings of the Holy Spirit. It wasn’t until Fr. John Bosco, a priest from Turin, visited Mornese in 1864 that Mary and her companions felt called to ministry beyond their small town, and on August 5, 1872, our Congregation was born. The Institute of the Daughters of Mary Help of Christians (Salesian Sisters) would care for young girls as Fr. John Bosco and the Salesians cared for the boys!

Though Mary was unschooled and reluctant to assume a leadership role, she was gifted with wisdom, compassion, and a tranquil, joyful spirit, she radiated Christ’s love to all. Mary was elected as the first superior general of the congregation, but she called herself the Vicar, because, she said, "the true superior is Our Lady." The Institute grew rapidly and in 1877, the first six Salesian Sisters left for missions and founded the first community in South America.

While visiting a community of Salesian Sisters in France, she collapsed and was diagnosed with pleurisy. Although she felt very ill, Mother Mazzarello did all that she could to be cheerful and alleviate the worry of her Sisters during her return to Italy. In the early hours of May 14th, 1881, Mother Mazzarello took a turn for the worse, and shortly after, she died at the age of forty-four. She was beatified on November 20, 1938, and canonized on June 24, 1951. Her feast day is May 13th.

Remember that only one thing is necessary, to save a soul. We must become holy, and through our good works, help others who are waiting for our help to become holy too."

We are now in our final year in preparation for our 150th-anniversary in 2022. Click here to see the various live and virtual opportunities for you to participate in throughout this year.