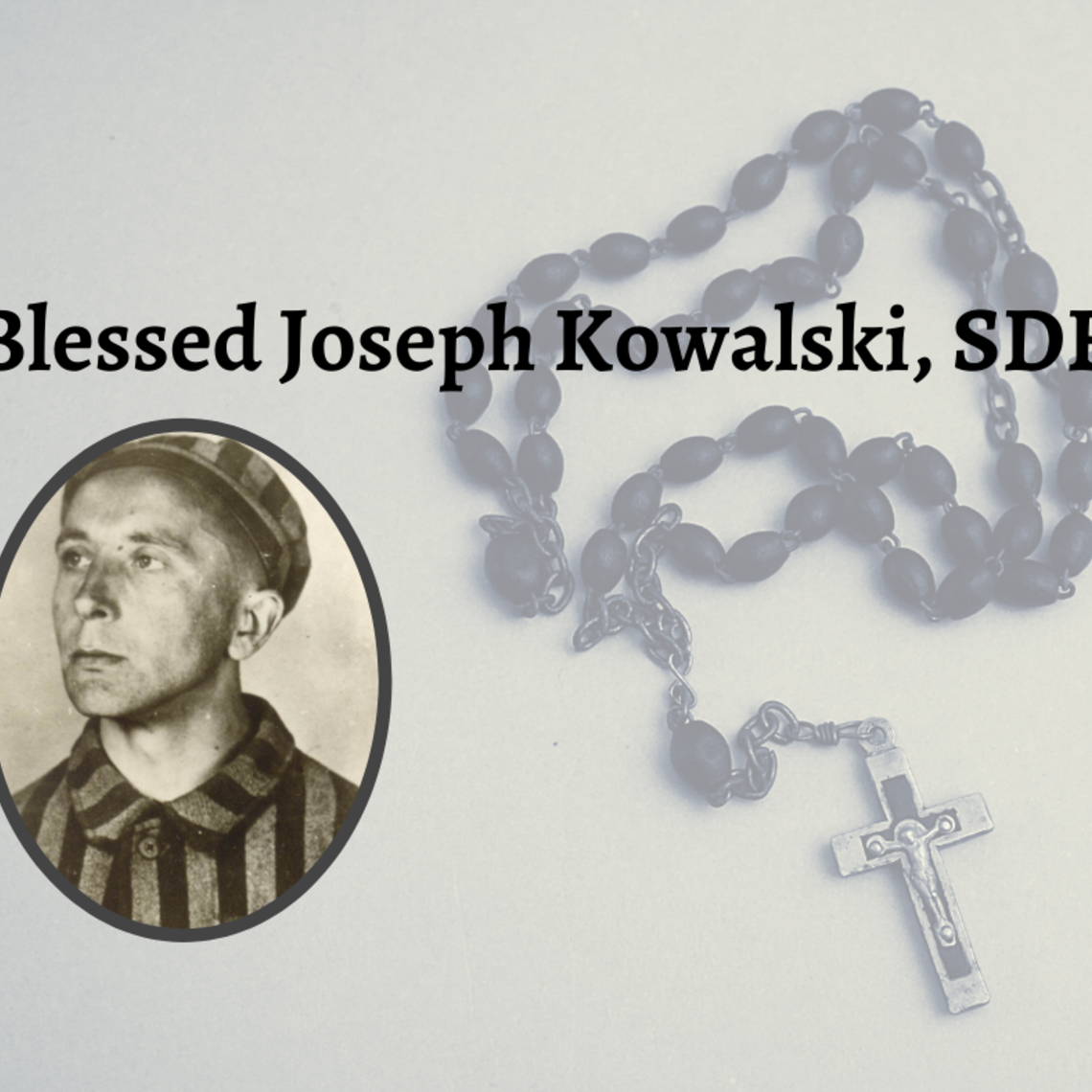 At school with the Salesians in Oswiecim (Auschwitz)

Józef Kowalski was born in Siedliska near Rzeszów, Poland on March 13, 1911, to Wojciech and Zofia Borowiec. He was the seventh of nine children. His parents, practicing Catholics, were farmers who owned a modest farm.

After primary school, they enrolled him in the Salesian College at Oswiecim (Auschwitz). Józef immediately distinguished himself for his commitment to study and service and his sincere cheerfulness. He joined the Immaculate Conception Sodality and the Missionary Association, later becoming its president.

He literally fell in love with the Salesian charism and its Founder, whose example he followed in everything: commitment to joyful animation of religious and civil holidays, apostolic presence among his companions, and, in particular, the primacy of spiritual life.

Devotion to Mary Help of Christians and the Eucharist

As a young student, he began to write his diary, which passes on to us his devotion to Mary Help of Christians and to the Eucharist. "Oh my Mother," he wrote "I must be holy because this is my destiny. O Jesus, to you I offer my poor heart... Grant that I may never depart from You and that until death I remain faithful: I would rather die than offend you, even with a small sin. I must be a holy Salesian, as was my father Don Bosco..."

Profession as a Salesian, ordination

He made his temporary profession in 1928 in Czerwinsk and received his priestly ordination on May 29, 1938, in Krakow. He was appointed provincial secretary. He looked after a youth choir in the parish, as well as the most difficult young people.

The Gestapo capture Fr. Kowalski and 11 other Salesians

In 1939, Poland was occupied, but the Salesians continued their educational work. This is the main reason for the dramatic arrest on May 23, 1941. The Gestapo captured Fr. Kowalski, along with 11 other Salesians working in Krakow. Initially, he was interned in the Montelupich prison in the same city. From there, he was transferred to the Auschwitz concentration camp on June 26, receiving the number 17,350. In the concentration camp, he devoted himself secretly to the apostolate. He heard confessions, celebrated mass, recited the rosary, and held hidden lectures, including some on Don Bosco, reinforcing the desire in his prison companions to fight for survival.

During his imprisonment, he suffered harassment and humiliation. Discovered with the Rosary, he refused to step on it, thus speeding up his martyrdom, which happened at Auschwitz on July 4, 1942. His body was first thrown into the excrement container, then burned in the camp crematorium.

His fellow villagers began to venerate his memory, believing that his sacrifice had fertilized Polish vocations. St. Pope John Paul II was also of the same opinion and took a personal interest in the cause of several Polish martyrs. Finally, he beatified them in Warsaw on June 13, 1999.

Biography taken and edited from www.sdb.org.