A reflection on Mary as a model of accompaniment 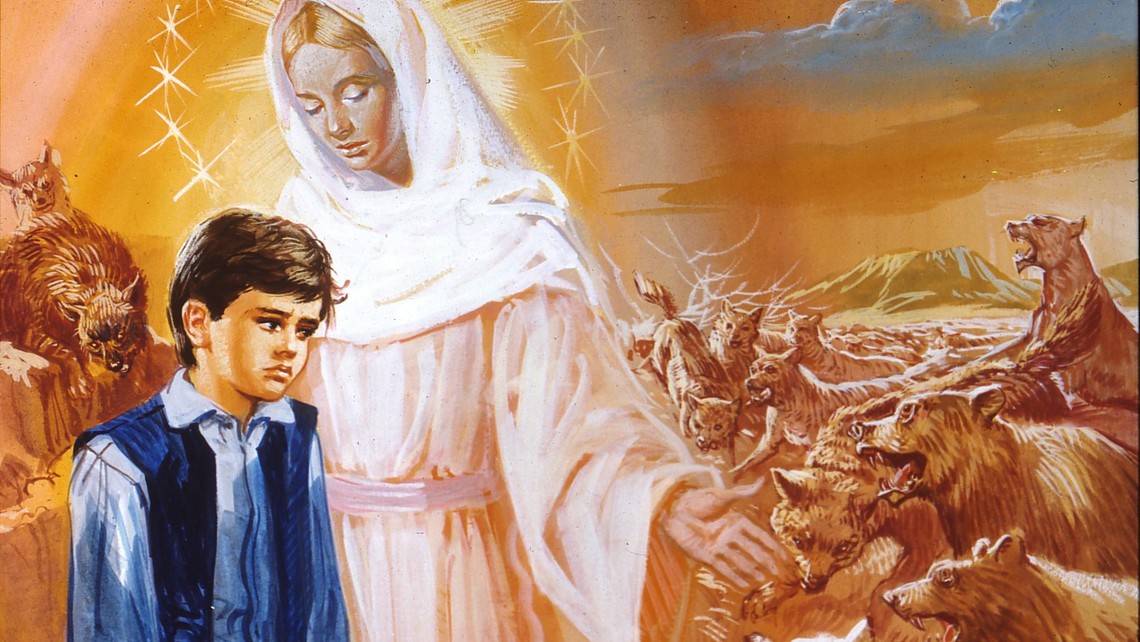 "She then placed her hands on my head and said", explains Don Bosco, “in due time everything will be clear to you” at the end of his account of the dream he had at the age of nine. There is a wonderful life lesson in that statement. The present so often leaves us troubled and insecure, confused, and vulnerable. The reason is simple. The ‘now’ of time lacks the hindsight of reflection on experiences that turns confusion into calling and fear into wisdom. In Don Bosco’s life, what unfolded after the dream, opened the way for a pedagogy of loving kindness, as Pope Francis called it, that touched and continues to touch the lives of so many even today.

The role played by the woman in the dream is fascinating considering the times in which we live. We are trapped in a vortex of confusion and fear brought on, across the world, by the ‘twindemic’ of Covid-19 and the social upheaval and unrest caused by injustices and inequalities centuries in the making. We so need that clarity the female dream-figure assures Don Bosco comes ‘in due time’.

The woman in the dream is Don Bosco’s Madonna, whose role is to help humanity in the name of Jesus. Reflecting on that final image of the dream hints at her in the role of companion and guide on the journey to this “due time”. In this light, Mary becomes a model of accompaniment of the young and each other, a model intrinsic to our Salesian way of educating, which is also the way we live our Salesian spirituality.

A reflective reading of the gospels demonstrates Mary, the mother of Jesus as a wisdom figure in the life of her son and his followers. We are told that Mary “pondered these things in her heart” following the theophany of the annunciation. She experienced anxiety for her lost adolescent son at the Temple. John’s gospel makes her something of a catalyst for the adult Jesus at the beginning of his mission of transformation. “Do whatever he tells you” she says to the servants at the Cana wedding, entrusting her Son to his public ministry. She followed Jesus as he made his way towards Jerusalem. She and some of his followers asked to see him, to be told, anyone and everyone who does the will of God has that right. She learns from Jesus. All of us are engaged in the journey to salvation. Mary was there at the cross. There in his final moments, letting go serenely even as her heart was pierced with sorrow. Luke, in Acts, affirms Mary’s presence at Pentecost. There she waits patiently, quietly knowing that her task is to wait for ‘due time’ to come.

Accompaniment of the young demands that we are ‘pondering’ people of faith. The process of accompaniment which so often seeks out the lost and attempts to walk with them needs our awareness of the bigger picture. Then we need the ‘holy disquietude’ to gently assist the young to see more clearly what is being called forth in them. Being where the young are has its pains and its joys, and we must be patient. Mary models that disposition of spirit capable of waiting with hope in the future already present in the now.

Mary stands with her hands on our heads at this moment in time. She assures us that in due time we will see things clearly. She advocates on our behalf to her Son Jesus and his promise of the fullness of life. Mary invites us to walk with the young and each other so that in due time we will see clearly through the eyes of Jesus, who is with us always, even to the end of all time.

Solidarity, Prayer, and Support for Ukraine