The Gift of a Salesian Cooperator 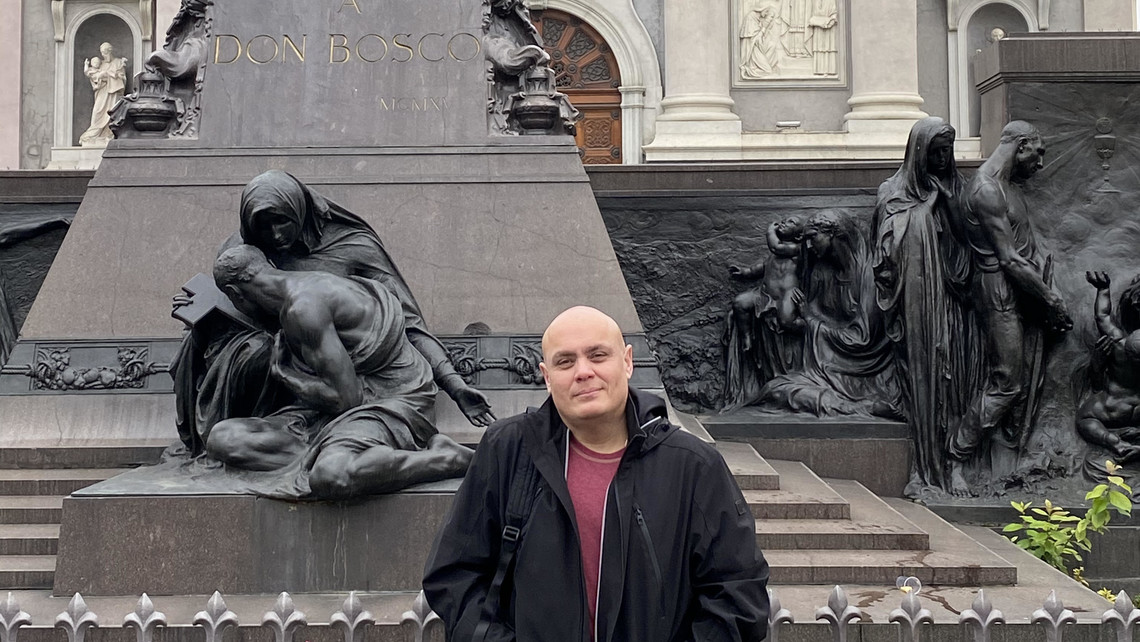 I was born in 1967 in the small town of Jinotepe, Nicaragua. Though my parents were devout Catholics, I didn’t yet understand the personal relationship with God I could have. One day, I visited the local Salesian school with my father, an architect, who often offered his talents to the Church pro bono. There was a tall statue of a nice man with a smile who appeared kind and stood with a young boy at his side. He was the Sisters’ patron Saint, Don Bosco, and the boy was St. Dominic Savio. I was so drawn to both of them that I asked my father if I could attend the school. My father initially said no, but seeing my immediate connection to Don Bosco, he agreed to let me start 3rd grade there.

I later discovered that my great-great-grandfather was the first Salesian Brother in Central America. After losing his wife and meeting Don Rua, he joined the Salesians in Seville, Spain, where he served the last 40 years of his life as the doorman. It turns out that the statue of Don Bosco which greeted me at my Salesian School was donated by my great-grandfather. As they often say, “there are no coincides in life.”

After enduring a civil war and communism in Nicaragua, we moved to the States to start anew. Although I didn’t think of Don Bosco daily, as I do now, I know he was there with me along the way. His principle is “Give me souls and take away the rest.” After many trials and tribulations in my life, I found that his simple principle has a profound meaning for all of us.

I joined the Salesian family as a cooperator to join Don Bosco in his mission to save souls––a mission he said is of utmost importance. I do my part to remind people that nothing in this world matters more than their relationship with God and their love for our Blessed Mother. Through the guidance of Sr. Martina Ponce, I learned to love Don Bosco and his mission even more.

All that is asked of a cooperator is the willingness to genuinely serve God; particularly the poor, those who suffer, and those in our society who are the least fortunate. St. John Bosco’s Cooperators are needed to form an army, led by Mary Help of Christians, to show the world that Don Bosco’s dream continues and will live for generations to come.

The Salesian Cooperators were the first group of youth ministers established by Don Bosco in 1876 and there are currently over 30,000 in 60 countries ministering in the world today. For information about becoming a Salesian Cooperator, please contact Sr. Ann Cassidy at suosfam@salesiansisterswest.org.

Solidarity, Prayer, and Support for Ukraine